The artificial Feminist Movement is getting quite the kick today. First, look at how CNN has spun the fact that Meghan Markle’s dad can’t make her wedding:

The requirements for what qualifies as a “bold, feminist statement” have certainly plummeted over the years. Her dad had a heart attack, can’t fly in a plane for 12+ hours, so this makes her a “bold feminist”? It’s quite hilarious. Of course, this is all a narrative, and it’s extremely doubtful her dad really had any problems.

Late last night, we received news that Gina Cheri Haspel, from Ashland, Kentucky, has been confirmed as the first-ever female director of the Central Intelligence Agency.

The 13th triangular number is 91. Haspel was born on October 1st, the date that leaves 91 days in the year, which had 13 numerology:

May 17th, the date of her confirmation, was the 137th day of the year:

Haspel was 137 days before her birthday when she was confirmed:

137 is the 33rd prime number. The date of her confirmation had a life lesson number of 33 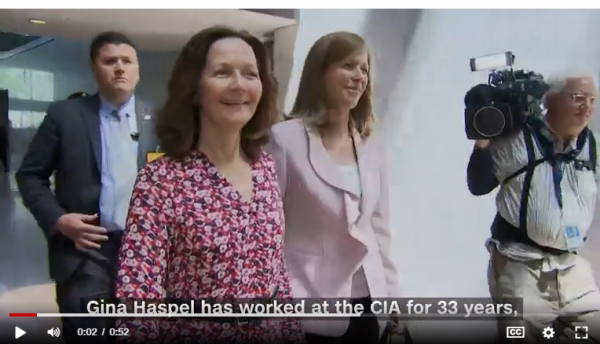 The video is 52 seconds long:

All this 13 and 33 makes the head dizzy. But there’s more. Consider that there’s one number 13 and 33 share in gematria:

Haspel assumes the role as Director as a promotion from her previous role of Deputy Director. She held that role since February 2nd, the 33rd day of last year:

The confirmation vote was in her favor, 54-45. This is a special pairing of numbers. First of all, notice how only 99 of 100 senators voted, due to John McCain’s illness.

The confirmation fell on a date with full numerology of 60