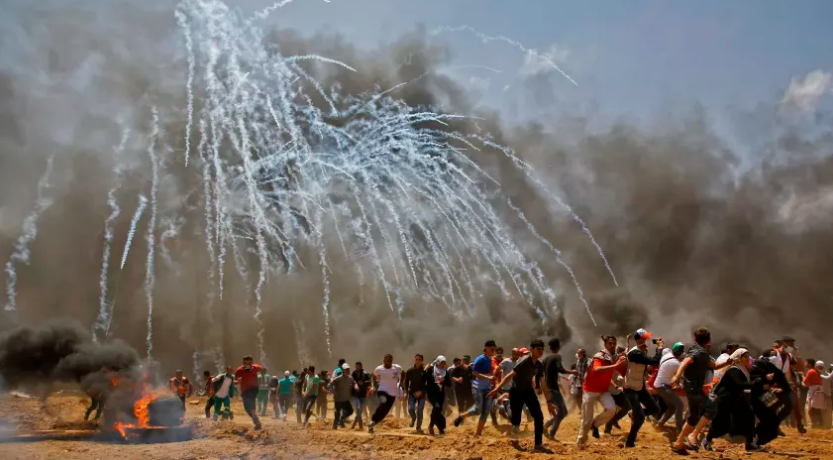 It’s being said that “three” families are responsible for a series of suicide bombings in Indonesia that have claimed the lives of at least eight victims. “Three”, as I have been pointing out, is a soft hoax code. I do not believe this event was a hoax, as there is plenty of evidence bombs exploded. However, the nature of these attacks are of course different than what we’re being told.

First of all, consider what’s happening in Israel this weekend. With Trump agreeing to recognize Israel’s capital as Jerusalem, protests have erupted in the Gaza Strip, resulting in the deaths of over 50 Palestinians, according to current estimates.

This is a big moment for Israel and something the Zionists have been looking forward to for quite some time.

The 235th prime number is 1483. These suicide attacks occurred in Surabaya, Indonesia

The president of Indonesia is named Joko Widodo. It’s been 205 days since the third anniversary of him taking office.

This means he’s been in office for exactly 1301 days

Zionist Israel, with its extremist views against people of other religions and faiths, is the greatest threat to safety and security in the world as it stands today. True, honest followers of the Jewish faith should be, as many are, disgusted at the ridiculous violence going on in the West Bank.

Surabaya was settled on May 31st, 1293. Measuring from its most recent anniversary to the 13th, when the bombings began:

The number of the Beast is revealed in Revelation 13:18, the 229th verse of the book. Indonesia’s Independence Day is August 17th, the 229th day of the year:

It’s currently being said that 25 people have died in the bombings.

In regards to Israel turning 70 years old today…this appears to all be related to a Revelation ritual.