Funny that this story about a girl in a Chinese dress getting heat on social media comes the same day as this story: 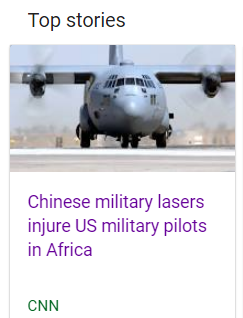 24 and 42 are two numbers I’ve documented as being commonly stamped into racial propaganda. Great examples came up recently in the stories of two black men arrested at Starbucks, and a racist school firing their football coach.

This story discusses a phrase I haven’t heard before – cultural appropriation.

12 is of course half of 24, just as 24 is the reflection of 42. If we gematrinate the entire headline, we find a 4-2-4 sequence using the same cipher, Jewish, which I believe to be of utmost significance to this study.

Comically, the other headline has this gematria too:

So what’s up with this story? Keziah Daum is from Utah, a deep root in the Jesuit / Masonic community. We should see a 13 or 33 hoax code here.

The 33rd prime number is 137. She goes to Woods Cross High School

Why fake a story like this? Again, it’s about building a culture of people who don’t express themselves in fear of saying or doing the wrong thing, or offending someone. If anyone who is Chinese is offended by this, then the problem sits with them somewhere.
It would be one thing if she was wearing the full geisha garb, carrying chopsticks, and playing stereotypical Chinese music wherever she went. Then, I’d have a problem with it.
8 Year-Old West Virginia Boy Dies at Soccer Practice
MLB: No-Hitter Thrown Same Night as 3,000th Hit