The name of the woman who is said to have died aboard Flight 1380 due to an engine explosion has had her name released. It’s Jennifer Riordan, who was a Wells Fargo executive. Two days after this, Wells Fargo was fined $1 billion.

What’s the first thing that stands out about this name? For me, it’s the fact that Cranberries singer Dolores O’Riordan died in January on a date that was ripe for masonic sacrifice.

Measuring from her death to this incident on the airliner: 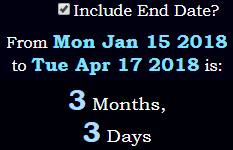 33 is a number of sacrifice. They’re saying this woman was 43 years old.

It’s said the plane had 149 passengers on board.

This woman died the same day as Barbara Bush. In that post, I mention how these two events are related. Bush’s initials, B.B., are similar to the number 88

The date had 23 numerology

I also mentioned how this incident was related to the death of Hal Greer, legendary Philadelphia basketball player. It was Philadelphia where the plane landed.