Back in 1999, my hometown of Milwaukee experienced tragedy as Big Blue, one of, if not the single most powerful crane in the world in usage at the time, collapsed. It was attempting to lift a section of Miller Park‘s roof into place due to gusting winds faster than the recommended capacity for the crane.

The gross negligence of the decision to proceed with a lift that day wound up in a hefty payday for the widows. The three of them spit a whopping $57 million.

When I woke up this morning, I would have doubted anyone who told me this collapse was planned, staged, or done by the numbers. I should know better by now.

From my experience in decoding these stories and spotting hoax codes, I now think it’s more likely these three deaths are a hoax. After all, Crane Collapse has the C.C., like 33, the primary hoax code. However, it’s also possible these deaths were real, and the men were sacrificed.

33 is often a hoax code, its significance as a number of ritual sacrifice comes from the Bible.

Who was it that betrayed Jesus prior to his crucifixion at age 33?

In the Bible, it’s said the skies darken shortly after the crucifixion begins. This is often interpreted to be a total solar eclipse. It’s very easy to see the symbolism in the crane collapse – while Jesus and two others were suspended from their respective crosses, these three men at Miller Park were standing on a suspended platform, observing the day’s lift.

This “accident” occurred in close proximity to a major eclipse – it was a span of just 29 days before the European total solar eclipse of 1999:

Think it’s a coincidence? Consider that in Extended gematria, “eclipse sacrifice” has the same gematria as “Crane collapse”:

The sun is, of course, a star. One of the workers killed was named Jerome Starr:

When you add up the gematria of the three men killed, you get numbers of both the Sun and Moon in the most basic methods:

So who would stage an eclipse sacrifice?

Remember, this was a massive construction project. Freemasons consider themselves to be master builders, and I believe they are responsible for building this chaos from the ground up. If they don’t want me accusing them of this, then they shouldn’t stamp all their numbers into the event. After all, masonry was founded in relation to total eclipses.

115 is the Reverse Reduction value of “Big Blue crane collapse”, as the Wikipedia article is titled. This matches the gematria of the stadium at which it occurred:

The collapse occurred on the date leaving 170 days in the year:

See more on why 17 is significant in killing rituals

The gematria of “Miller Park crane collapse” appears to be even more relevant.

239 is the 52nd prime number. Freemasonry is rooted in the Kabbalah, whose practices include gematria.

The oldest man to die in the collapse was 52 years old. Construction on Miller Park began on November 9th, 1996, the date leaving 52 days in the year:

3.14 are the first three digits of pi. The smallest equation you can use to get these digits is 22 ÷ 7

The names of the three widows even add up to 227:
“Ramona Dulde-Starr, Marjorie DeGrave, Patricia Wischer” = 227 (Full Reduction)

There is a special symbol in Freemasonry that involves crossing the legs. I spotted this in the death photo of Trayvon Martin:

At Miller Park, a statue was built after the stadium was completed that commemorates the killed workers. My first thought was, “are any of their legs crossed?” Sure shit… 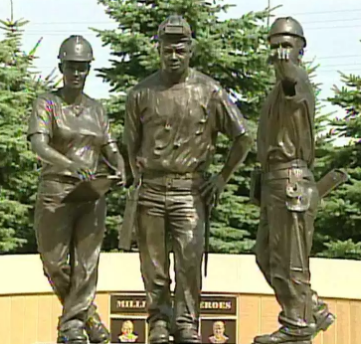 This statue is called “Teamwork”

The date of the collapse, which fell 139 weeks after construction began, had full numerology of 139:

But let’s get even more precise with the date duration:

One of the victims even has a name syncing up with the long form:

The company fined, and ultimately found responsible for the accident, was Mitsubishi Heavy Industries.

There are no coincidences.

Let’s glance at our hoax codes – 13 and 33. Worth mentioning this happened on a date with 130 numerology:

Before looking at the gematria of those killed, check out the widow’s names – each of them has a big hoax clue.

If you’ve ever seen JEWrassic Liars’ videos, you may know that his primary hoax words are the man, the son, and the ram. On this blog, I’ve only ever mentioned the man and the son, because I specialize in numbers. But I’ve certainly come to believe the “ram” is a hoax hint too. The widows’ names are:

So you have to “ram”s and a “CIA”. Nice. Their husbands have a couple 13-33 connections, but really, what their names are truly trying to tell you is that they’re all Freemasons. (41 is the 13th prime number) 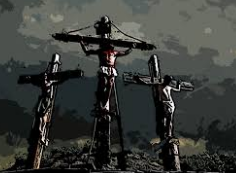