Note: This post was originally made with incorrect spelling for Jordan Zimmermann. I had it listed as “Zimmerman”. The right spelling makes a lot more sense.

Earlier this year, I made 3 posts highlighting different NFL “hit plays” – it seems as if plays in which players take monster hits and get hurt are set up by the numbers. See examples:

Today, a pitcher was hit in the head with a line drive. And it appears to be a similar scenario. Today does have ideal numerology for a baseball ritual: 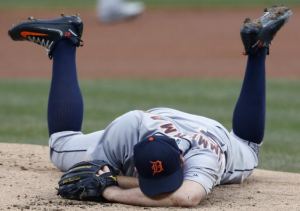 13 and its related numbers are generally what to look for first. And all you need to do is look…

The pitcher you see down in the picture above is Jordan M. Zimmermann. (Wiki)

The man who hit the ball that struck Zimmerman in the head was Jason Kipnis, whose birthday is April 3rd, 1987

This means it’s 1 week, 3 days after his birthday: 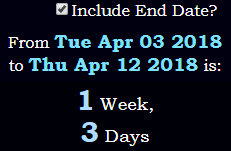 The 13th prime number is 41. Jordan Zimmerman, meanwhile, was 41 days after his birthday:

Zimmermann has a lot of interesting “sacrifice” numbers:

Jason Kipnis has all sorts of connections to 33, the other number we look for to spot numeric rituals.

His middle name is even Michael:

The moon has a 19-year Metonic cycle