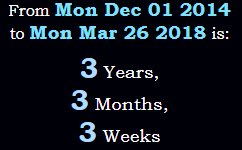 We’re being told that last week, an SUV accelerated off a cliff, killing all 5 occupants inside the vehicle, which included two lesbian adults and three of their adopted children.

However, the other three adopted kids are missing altogether, and investigators don’t seem to have any idea where they are.

Three is a soft hoax code – it has the EE sequence inside, which is a reverse 33. Not to mention, the fact that 3 kids are dead and 3 are missing is technically another 33.

What’s especially suspicious about this story is that Devonte Hart, one of the children who is currently missing, was in a viral photo back in 2014 after the officer who killed Michael Brown was found Not Guilty. Just another coincidence, I’m sure – how many people do YOU know have been in viral photos spread by the mainstream media?

Measuring from the date of that CNN article containing the photo of Devonte Hart, to the date the SUV was found:

Both parents, Jennifer and Sarah Hart, were 38 years old. This is that number we always see in death/killing rituals.

It’s also curious the name Hart is being used in this story. This is all happening while the Valentine’s Day Massacre at Stoneman Douglas High School is still on everyone’s mind. Also recall how the death of Owen Hart tied into that as well.

This was all on a date with 47 numerology