The alignments and connections with the Austin bombings continue – the ritual is heavily-connected to the WWE, which will be hosting Wrestlemania 34 on April 8th. These bombings began on the date leaving 304 days in the year.

The Unabomber was arrested 304 days before Rousey’s 10th birthday.

The Ultimate Warrior died just two days after Daniel Bryan, who is also very connected numerically to the Austin bombings, had his “ultimate” Wrestlemania moment, when he won the WWE World Heavyweight Championship at Wrestlemania 30. 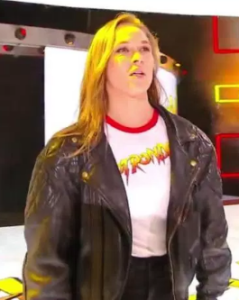 Rousey entered the arena wearing a “Hot Ronda” shirt. This is a play on “Hot Rod”, one of “Rowdy” Roddy Piper’s nicknames. 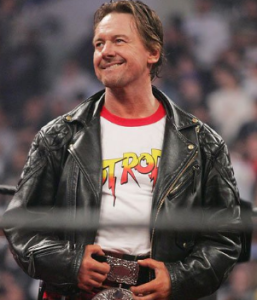 For those who don’t know, Roddy Piper played the lead role in the movie “They Live”, which is probably the most relevant film ever made in regards to the practice of gematria. This film is a must-see to anyone interested in this. Director John Carpenter calls it a documentary as opposed to science fiction, and Piper was an outspoken critic of the New World Order agenda.

It looks like Piper was sacrifice for the WWE careers of Ronda Rousey and Daniel Bryan.

Piper was 290 days after his birthday when Rousey was born. 290 is another significant sacrifice number.

The anniversary of Piper’s death falls 251 days before April 8th, when Ronda Rousey will be making her WWE debut

When Piper died, Daniel Bryan was 34 years, 70 days old, syncing up with the Hebrew gematria of “sacrifice”:

The first Austin bombing was 62 days after Rousey’s birthday.

The bomber died 62 days before the Unabomber’s birthday.

She was born on February 1st, the 32nd day of the year.

This was 320 days before Steve Austin’s birthday.

Austin Mayor Steve Adler exactly was 3232 weeks old on the date of the first blast, which was on 3/2. The last bomb exploded on 3/20, when Daniel Bryan was 302 days after his birthday. 302 is found in the gematria of “Rowdy” Roddy Piper’s real full name:

Piper and Bryan are 9898 days apart

On the date of the first blast, Rousey was 29 days after her birthday.

On March 12th, when Austin, Texas made national news due to the second and third bombs, it was exactly 29 weeks after the Great American total solar eclipse. That day was also 29 days after Alex Jones’s birthday, and fell 290 days before Austin, Texas’s birthday.

On the date of the last bombing, Rousey was 1 month, 19 days after her birthday:

This is especially in light of the duration between the Unabomber’s arrest and Piper’s death: 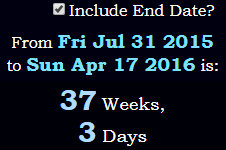 When the bombings ended, Rousey was exactly 11370 days old:

Why is this interesting? Because this same date was 137 weeks after the death of “Rowdy” Roddy Piper.

But that’s not all – the next day, when the Austin bomber died, was 317 days before Rousey’s birthday, a permutation of 137

Piper died on the date July 31st, written internationally as 31/7. And measuring from the date Austin, Texas made national news, to the date of the second Great American total solar eclipse, whose path of totality will cover Austin, Texas:

With their chief of police:

Now on to the Hot Rod:

Measuring from Piper’s death in 2015 to the first Austin bombing: 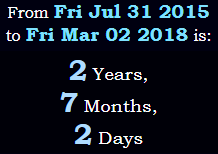 The word “Death” has double gematria of 272

The date of the last bombing was 2 years, 7 months, 20 days after Piper died: 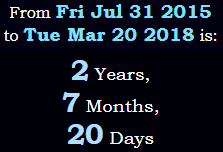 The day the Austin bomber died was 272 days before Steve Austin‘s birthday:

This date also had perfect numerology for an occult sacrifice:

His date of death also had 19 numerology

Daniel Bryan was exactly 1919 weeks old on the date of the first blast, which was 19 days after Alex Jones’s birthday. The bomber killed himself 19 days later, a span of 19 days before WrestleMania 34.

He was born on the 107th day of the year

107 represents 17 in numerology. The date of his death also had 17 numerology:

And Piper died on the date leaving 153 days in the year:

Measuring from the release of “They Live” to the date of the first Austin bombing:

Roddy Piper died at the age of 61. The bombings began on the 61st day of the year.

Of course, 3.14 are the first three digits of pi, which has to do with the mathematics of the circle

Just one final look at something I found interesting…Rousey has the same gematria as Trump:

Trump has of course appeared at several Wrestlemania events, most notably Wrestlemania 23 in 2007. In that event, he was in the corner of wrestler Bobby Lashley.