In light of Stephen Hawking dying yesterday from a(n incredibly long) battle with Lou Gehrig’s disease, let’s look at the numerology of the death of the man the disease is named after, Lou Gehrig himself.

This ritual is centered largely around the number 39

By far, the most famous piece of footage of Lou Gehrig comes from his retirement speech, which occurred in ’39.

He retired with 493 career home runs

Even the numbers they give us in his weight are interesting. “Kill” = 14 (Jewish Reduction), “Kill” = 64 (Reverse Ordinal)

Gehrig got this nickname because of a Major League record he held for over 56 years. It was for most consecutive games played – 2,130

This likely has something to do with the fact that death was coded into his name.

His streak ended when he pulled himself out of a game for poor performance, and he never played in another Major League game again. He retired with a .340 career average.

He would go on to announce his retirement on July 4th of the same year, written 7/4

Lou Gehrig was born in the Yorkville neighborhood of Manhattan

He had birth numerology lining up with “eclipse” in Hebrew and English:

Multiply the digits in his birthday and you get the “baseball” number. 162 is also found in the numerology of the date of his first game in the Major Leagues

He had double birth numerology of 38

38 is heavily-coded into killing and sacrifice rituals:

This date had 68 numerology, and it was a disease that wound up being named after him that he died from.

The day after Gehrig’s death marked a span of 23 months since his retirement speech. 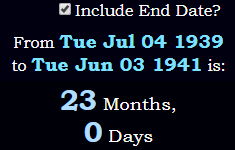 See more on why 23 is important

His retirement also fell on a date with 33 numerology, another number associated with sacrifice

By far, the most memorable and commonly-shown footage of Gehrig is from his retirement speech on Independence Day of 1939, where he calls himself the “Luckiest Man on the Face of the Earth.”

157 is the 37th prime number, the age Gehrig would later die at.

Looking back two total solar eclipses prior to his birthday:

187 is also widely known as a homicide code.

Measuring from the most recent total solar eclipse to Lou Gehrig’s date of birth:

From Gehrig’s birthday to the next total solar eclipse: 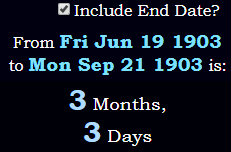 Looking ahead two total solar eclipses from his birthday:

Lou died 244 days after the most recent total solar eclipse.

This was coded into his famous speech:

His death also fell 15 weeks, 6 days before the next total solar eclipse

He played his first Major League game on June 15th, written internationally as 15/6