The “Stephen Hawking” character is nothing but a pile of steaming bullshit.

Hawking is famous for his supposed contributions to physics and cosmology, mostly the theoretical side. I’m not going to pretend I’m familiar with his work, because I’m not, but I’m of the belief that those sciences are largely rooted in hypothesis and thought experiments that have not necessarily led to a better understanding of the universe.

Today is the 73rd day of the year

Stephen Hawking’s date of death is listed as 3/14, Pi Day. Pi is the 16th letter of the Greek alphabet.

This Pi Day has a life lesson number of 28

But let’s not overlook the fact that the news broke late on 3/13 in the United States, aligning with the city he is said to have died in:

He died 65 days after his last birthday

Recall how yesterday, the big news was the firing of Rex Tillerson:

While Trump was off in:

The most recent Super Bowl was won by the team from:

Cambridge is on the 52nd parallel

He died 38 days after the Super Bowl

In regards to him dying on Pi day, you have to appreciate the gematria of Cambridge, where he died.

His final publication was a children’s book named:

His first popular book was A Brief History of Time, published in ’88

As for the third mathematical cipher:

Lou Gehrig died in June of 1941. Measuring from his death to Stephen Hawking’s date of birth: 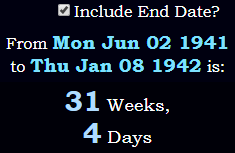 With the news breaking late Tuesday here in the United States, the site of the two total solar eclipses that make an “X” on the map a total of the 360th prime number of days apart, this measures up nicely to the second eclipse: 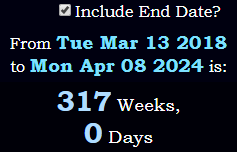 Including the end date, Hawking died 66 days after his birthday.

Dying within a day of the firing of:

Hawking was born in Oxford, England

Stephen Hawking has double gematria of 212