Apparently, this guy went viral this week because he was teaching Microsoft Word to his students – but because the school had no computers, he had to write the instructions using chalk on the chalkboard.

I’ve been predicting some sort of false flag today. Recall how 9/11 is the 254th day of the year

This man calls himself:

Ghana declared its independence in ’57. It’s been 57 years since they became a Republic.

Adding this man’s nickname to his real name:

Ghana became a republic in ’60, and today is the 60th day of the year:

360 degrees in a circle, the mathematics for which are common in propaganda. Their independence day is also 3/6

Measuring to the date Ghana became a republic: 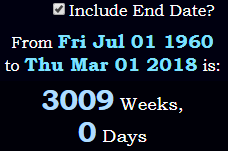 The school is in a city called Sekyadomase

The sun is 93 million miles away

“Teaching of ICT in Ghana’s school is very funny. ICT on the board paa. I love ma students so have to do wat will make them understand Wat am teaching.” = 511 (Full Reduction)