Today marks the death of famous pastor Billy Graham. He died in Montreat, North Carolina, on the date leaving 313 days in the year.

The media is calling him:

Measuring from the date of the eclipse to the date he died:

He died on the date written internationally as 21/2

Graham died at age 99. We just had the first coast-to-coast total solar eclipse in America in 99 years. The second American eclipse happens on the 99th day of the year. Measuring from the first eclipse to Graham’s birthday: 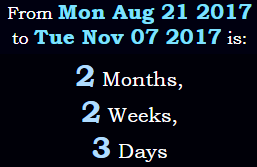 His full name yields numbers that tie to total solar eclipses in both English and Hebrew:

Even without the “Jr.” at the end:

Remember how 1331 is the number that represents a solar eclipse.

152 was attributed in the death of Heath Ledger, another major eclipse sacrifice.