I just find it really interesting that this man died only one day before two police officers were supposedly gunned down in Westerville, Ohio.

Recall in November, there was a false flag shooting in Rancho Tehama Reserve, California.

Anyone want to bet there’s a significant number when measuring between the Rancho Tehama shootings, and the deaths of these two officers?

Why, it just so happens to be virtually the most significant number of all, 227. See how it relates to the circle, the mark of the Beast. 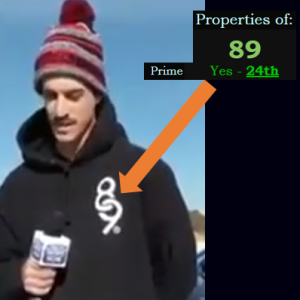 This dufus played the roommate of one of the victims of the Rancho Tehama shootings. Notice the 89 on his hoodie. It’s the 24th prime number. The 240th prime number is 1511.

Measuring from his 87th birthday:

Moon had just turned 1054 months old a week before he died.