Well I’ll be damned. Not long after I made this post on the Sal Castro Middle School shooting, we got news that Fidel Castro’s eldest son, Fidel Castro Diaz-Balart, died due to an apparent suicide.

Again, many people will shrug and think “coincidence”, but this is virtually never the case.

In my post linked above, I predicted the shooter’s name would have overlap with numbers I talk about being significant for solar eclipses. This shooting is being deemed an accident, and the perpetrator might not be convicted as an adult, meaning we may never see her name.

The details of this story make no real sense. They say this occurred inside a classroom at a middle school, yet both of the gunshot victims are 15 years old, while the shooter is only 12. First of all, what are the 15 year-olds doing in Middle School? And what are the odds that THEY are the ones hit, when the other middle school-aged children were not?

This story is FULL of the hoax codes. I frequently mention 13 and 33 as the hoax codes, but words are used too, specifically the man and the son. “Son” in Hebrew is pronounced “Ben”.

The very first witness in this story is named Benjamin. No last name is given.

The next witness is Sabrina Colon. This last name is not THAT common, yet it appears in hoax news stories ALL the time. The Zionist Jews love adding sexual innuendo to their fake news stories. She says only one muffled bang was heard…yet somehow, 5 people got injured.

The LA Times article opens up with a 1:13 video clip. 113 is the mainstream’s number of deception. Notice the ridiculous Disney music they play in the background. Why?

The police spokesman is Steven K Zipperman. He’s got the MAN in his name. And…Zipper? What do you think that might be a reference to?

“Stephen” sums to 33 in Reduction, but “Steven” does not. That’s why there’s a K initial after it:

In the reverse order, his name sums to 83 and 218. Recall how I said this ritual was related to eclipses.

There’s one doctor quoted in the article:

And another one from the video:

Check out this piece of garbage standing to the right. Notice how he has “DOCTOR” on a big red name tag, not something I’ve ever seen a doctor actually wear. 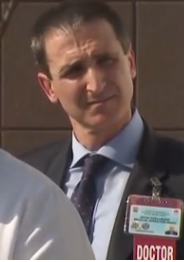 One of the first responders who gave his account in this article was policeman Drake Madison.

This school is in the Westlake neighborhood of Los Angeles. 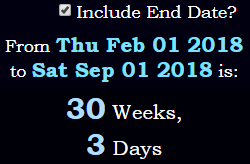