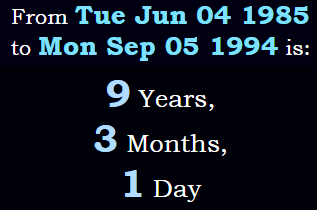 Around a year ago at this time, just as the Gematrinator website was launching, I was working on an hour-long presentation. This project was intended to show how multiple establishments are operating by the same code, indicating that there is coordination behind what are otherwise perceived to be separate or even competing entities.

I was inspired to take this project on due to the combined research of myself and a friend I’d met as I sought someone who was already exposing NASA bullshit.

I was so excited about my “Overeasy” find that’s presented in Signs of Time, I typed “Cassini bullshit” into Google to see if anybody was running a blog already exposing this. I came across Dezy’s blog, and it didn’t take long for me to realize we were both on the same wavelength, and that we could really benefit off each other’s work.

I’m not sure when, but I eventually found out when he was born and was surprised to find out not only how much younger he was, but the numbers that popped up when measuring between our birthdays:

And just measuring between birthdays:

So to clarify…I make this discovery regarding an overeasy egg and its yolk resembling Saturn and its rings, due to the 1331 Jewish gematria of “Overeasy.” And the person I randomly reach out to is 9 months, 3 days younger than me and our birthdays are 93 days apart?!

…What are the odds?!

So when we first started to organize the project, we began a Skype call around roughly 10 pm my time, which was 5 am his time (Serbia). We put together three full pages of notes and organized them in a fashion that would lay out the flow of the video. Everything was looking golden. I started to get tired and looked at the clock, realizing it was well past midnight.

Over the course of the next day at work, I remember having a fleeting thought…thinking “How funny would it be if that call was 2 hours, 27 minutes?” I was quite confident, however, for whatever reason, that it had probably not exceeded 2 hours by much, if at all.

I flipped on my computer the next day to a message from Dezy, exclaiming “Look at the call time! What is going on?!” Confused, I scrolled up and looked at the call time – it was EXACTLY 2:27:00.

My jaw dropped. I was a little stunned. I couldn’t believe it. I double and triple-checked to see if it wasn’t a picture he sent me, but it was definitely legit. Our call was 2 hours, 27 minutes, to the second,

Immediately, I knew something cosmic had happened. At the time, both of us were under the impression this numerology thing was something that just people liked to do for fun. Overnight, it became evident that this study was about to send us on a plunge we were not expecting.

I ended up finishing the video about a month later, as we soon settled on the date February 27th to upload it. I got some comments saying “what’s up with that, doing things by the numbers?” People were under the impression that the only intent could have been to signify that I was part of the gang. And sure, from the outside, it could look like we were just being cheesy and imitating what we were seeing.

But this was not done as an ode to secret societies. We chose to upload the video on February 27th (at 2:27 am nonetheless) as a nod to the “organic matrix”, this godlike force that seemed to have sat beside us in our journey into this new angle on truth we were ready to help reveal to the world. We were already into this because we didn’t believe in coincidence – so when a sign so clear presents itself, one must take note and be humbled.

I went ahead and completed the video completely naturally, just organizing the slides and narrating them as would anybody doing some type of work they were trying to earn credit for. Aside from the upload date, I didn’t intentionally do anything by the numbers, didn’t cut the video to a specific length, nothing of the sort.

Not only that – look at the file size of the raw video of the completed project: 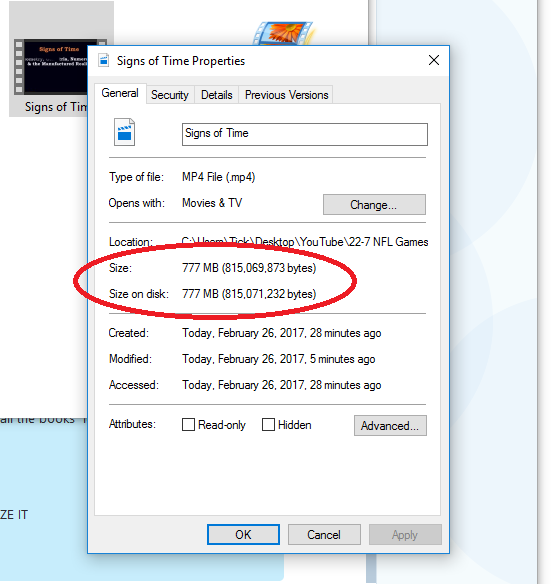 I couldn’t have done that if I tried. Why would I try? I’m just trying to share information I find to be fascinating!

Strange how some people say I’m stretching when talking about this organic gematria. If this is what’s happening around us in our creative efforts by the numbers, on its own….then what else might be true?