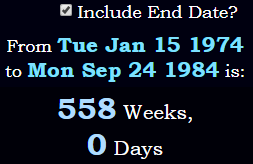 This was inspired by a 92-second scene from Noon Blue Apples. “Numbers” = 92 (English Ordinal) Watch the clip here.

In this post, I will discuss how Happy Days hit and left the airwaves by the numbers of Time, and its keeper, Saturn.

The show aired for just over 128 months.

128 is another significant number in relation to time. 1:28 on a clock is 88 minutes. 88 represents the infinite loop of time.

An integral cycle in the measurement of time is the Metonic cycle. The Greeks called it Enneadecaeteris. In gematria,

The show’s last episode aired 254 days after the tenth anniversary of its debut.

As for the Metonic cycle being 19 years, the show’s director’s full name has double gematria of 190.

Measuring from the first episode’s air date to Marshall’s next birthday: 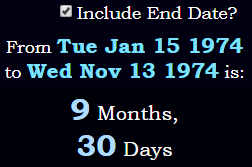 His birthday was November 13th, the 317th day of the year.

99 relates to the circle, which is the mark of the Beast.

He’s got that special 13/31 birth numerology.

Saturn has the hexagram on its pole, and the hexagram is used to symbolize saturn. “Hexagram” = 77 (English Ordinal)

Marshall was born in The Bronx, New York.

The first episode aired as he turned 2044 weeks old.

The sum of divisors of 256 is 511, the only number to have this characteristic.

However, the series only lasted 255 episodes.

The debut and finale appear to be in relation to the twin eclipses.

Measuring from that finale date to the first Great American total solar eclipse:

1717 was the year freemasonry was founded by eclipse numbers. See my post on that from earlier today. “Mason” = 26 (Single Reduction)

And measuring to the second Great American eclipse:

The two eclipses are separated by 2422 days. The show ended on 24-Sep. 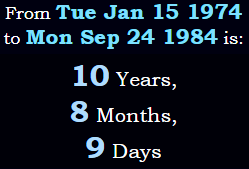 This would have been his age if he lived to see that eclipse:

He died in Burbank, California.