Occasionally, I’ll see a comment about an event I’ve thought about going back and taking a look at, but have yet to. This one qualifies (compliments don’t hurt).

Let’s begin with the network name to see how it ties in to false flags.

Two people supposedly died, but this event is more memorable for the loss of the on-air personality Alison Parker.

Trust me when I say I don’t want to tie everything up to a solar eclipse. But discovering what I have, I just have to check. (What’s with these eclipses anyway?)

And look at the duration until the 2017 Great American total solar eclipse: 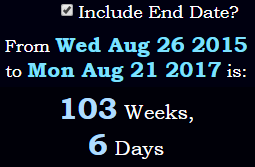 The 6th prime number is 13. There are occasionally 13 lunar phases in a year.
“Total eclipse” = 130 (Jewish Ordinal)
Is this a coincidence? To find out, let’s measure to the second Great American total solar eclipse in 2024:

Parker was born in ’91, the 13th triangular number.

So, no, definitely not a coincidence – this date was chosen for its alignments.

The book of Revelation has a lot to do with solar eclipses and destruction.

The woman being interviewed was also shot, police said, but she was just fine. Her name is:
“Vicki Gardner” = 77 / 121 (Reverse Reduction / English Ordinal)

The scene of the crime was the Bridgewater Plaza:
“Bridgewater” = 113 (Jewish Ordinal)

The manhunt officially extended to 11:30 a.m.

The woman they were interviewing, Vicki Gardner, is the executive director at the Smith Mountain Lake Regional Chamber of Commerce.

Let’s look more closely at the gematria of Adam Ward:

My guess is that the occult views solar eclipses symbolically. The blocking of the light, or the death of the sun, is akin to the crucifixion of the son of God.
“Jesus Christ” = 151 (English Ordinal)  |  “Son of God” = 121 (Reverse Ordinal)

This is further evidenced by looking at how many days he was after his birthday:

There’s also a span of 316 days between Flanagan’s and Parker’s birthdays.

Adam had that special 13/31 birth numerology:

Next, let’s look at the alleged shooter, Vester Flanagan, aka Bryce Williams. But first, keep in mind that a book called “The Merchant of Killogue” had recently been re-published about three years prior to this event at WDBJ-TV. That’s significant because there is a character named Sylvester Flanagan in the book, who commits murder to influence a political vote.

Naturally, gun control legislation was at the center of discussions after this “shooting.”

Look at the number of days between Alison Parker’s and Adam Ward’s birthdays:

This can also be: 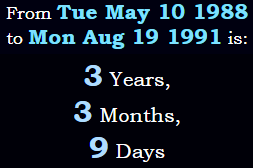 “Killogue” = 92 (English Ordinal)  |  Measuring from the original publish date to the fake shooting:

The book was re-published and released on Amazon on August 31st, 2012.

The Ultimate Eclipse Sacrifice
The Undertaker’s 448 Days as Champ