Friday, January 5th, marked the passing of Apollo 16 astronaut John W. Young, the 9th man to step foot on the moon and part of the 5th manned crew to land there. Of course, if you’re familiar wit any of my work, you know I think the idea that we ever got anywhere near the moon is completely absurd, and only goes to show the length at which this country is brainwashed by science.

Remember, “National Aeronautics and Space Administration” = 666 (Reverse Ordinal). They sent 6 crews of 3 men to the moon.

As with all astronauts, John Young’s trip and life was coded by the numbers. He was 210 days after his birthday when he supposedly set foot on the lunar surface.

I’ve been uncovering a lot of 290 lately – it’s the Hebrew gematria of “total solar eclipse”, but seems to be a number heavily involved with time. Astronaut Alan Shepard from Apollo 14 died exactly 29 years after the first ever moonwalk.
“John Watts Young” = 290 (Francis Bacon) 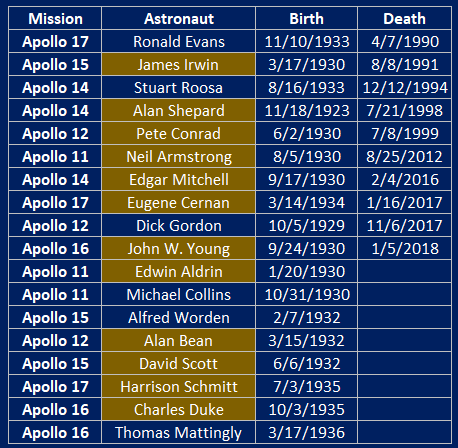 To close this out, let’s look at the Hebrew gematria of “space” and “Apollo”

Young’s age on his date of death: 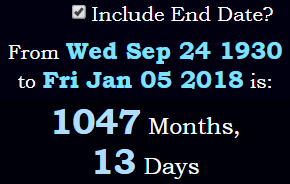