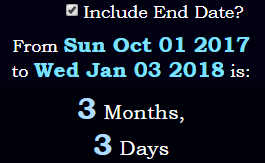 Today, Disney announced they would begin removing their “Do Not Disturb” signs from hotel rooms and replacing them with “Room Occupied” signs.

CNN: Disney Hotels Take Down ‘Do Not Disturb’ Signs

It’s being suggested this is in response to the shooting at Mandalay Bay, though of course, they won’t say this publicly since most people know the Vegas shooting was a false flag attack coordinated by the New World Order.

Measuring from the Las Vegas shooting to today:

If you saw my video on the Las Vegas shooting, you might remember that the shooting took place 477 days after the Pulse Nightclub shooting, which was the worst mass shooting in U.S. history at the time. The Jesuit Order just turned 477 this past September. “Ritual sacrifice” = 477 (Primes)

“Disney hotels take down ‘Do Not Disturb’ signs” = 477 (English Ordinal)