On Sunday, Logan Paul, some Internet celebrity, posted a video from a forest in Japan known for its many suicides. The video showed a hung corpse, and of course this received all sorts of backlash. On Tuesday, he uploaded an apology video.

This guy, like so many celebrities, is coded with the numbers of the Circle, the mark of the Beast and as always, the stories released about him are always on specific dates.

What, you may ask? Don’t worry – I will give you undeniable proof that Logan Paul is an agent of chaos and corruption. A passive part of the elite’s depopulation agenda is to normalize suicide and traumatize younger children with gruesome images.

“Hanging” = 60 (English Ordinal)
The video of the hanging was posted on:

The number of the Beast is first mentioned in Revelation 13:18, the 229th verse of the book. Logan Paul’s age on the date the video was uploaded was: 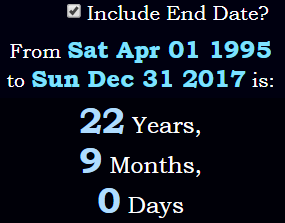 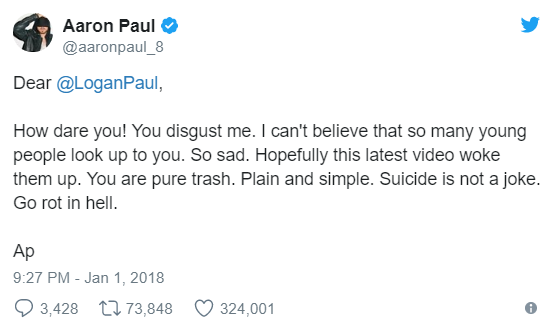 And in the English Kabbalah, his tweet sums to 2209.

The number 88 and the number 200 are part of the Beast riddle too.

The 15th letter is a circle.
On his head in the video, he has one of the characters from Toy Story, a “Squeeze Toy Alien” = 1500 (Jewish)

Measuring from his birthday to the date of the apology:

Logan Paul is already part of the club. He even did a little YouTube thing with The Rock, the highest-paid actor in Hollywood. You might not know why he picked Alexandra Daddario to pick fun at him if you didn’t know about numerology. I just mentioned how Logan Paul was born on 4/1, the 91st day of the year.

Funny that the Rock’s quote was “Logan Paul is, like, totally terrible at falling in love with Alexandra Daddario” = 713 (English Ordinal)  |  “שַׁבְתַאִי” (Saturn) = 713 (Hebrew Gematria)