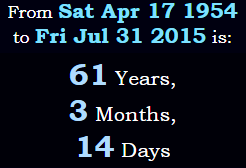 “Rowdy” Roddy Piper was ill with hypertension in his later years, but 61 is still fairly young, and the numerology of his actual date of death is quite curious.

Curious that this was also a span of 106 days after his birthday. “Pi” = 16 (Full Reduction), P is the 16th letter and Pi the 16th letter in Greek. Piper’s biggest acting role was in the film:

The date of his death had some “killer” numerology: 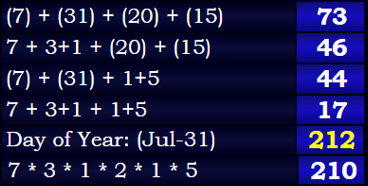 He died of the infamous “Pulmonary embolism” = 223 (English Ordinal)

Piper had claimed to be a cousin of Bret Hart. Interesting that “Bret the Hitman Hart” = 1117 (English Extended)