The eclipse code, as I have documented extensively, is centered around the number 1331, particularly in the Jewish/Latin cipher. This story is about a woman delivering newspapers

In that method, total solar eclipse sums to 704. This is the English value of drown

This drowning is said to have occurred on August 24th, which was 7 weeks, 4 days after the 2019 total solar eclipse:

In Ordinal, solar eclipse sums to 134

The newspapers Stevens was delivering were from the Southwest Times Record, which was first published in December of 1884, making it 134 years old:

The woman who died was named Debra Stevens

Her car drifted down Kinkead Avenue, where it came to rest near a line of trees next to the Interstate. 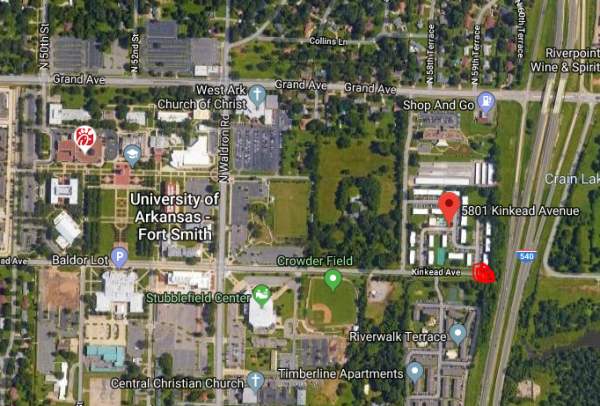 The school is known as UAFS, which sums to 47. Debra Stevens was 47 years old.

Debra Stevens has gematric overlap with both newspapers and solar eclipse. She died on Kinkead Avenue

The only number she doesn’t share is 53. But her death fell 53 days after this year’s total solar eclipse

In Reduction, her name sums to 44. She died in a flash flood on Kinkead Avenue

She is said to have died on August 24th, a date with 44 numerology:

The Governor of Arkansas, Asa Hutchinson, had been in office for 240 weeks, 4 days:

Interestingly enough, Governor Hutchinson used to be the U.S. Attorney for the Western Arkansas district, based in Fort Smith. “Asa Hutchinson” = 53 (Reduction) and 73 (Reverse Reduction) to go along with “solar eclipse”.

The number 33 is central to the crucifixion code.

The newspaper Stevens was delivering was called the Southwest Times Record

On the date we’re told she drowned, it had been 66,909 days since Arkansas was admitted to the Union:

We saw how this story measured up to the most recent total solar eclipse. What if we look at the next one?

This story fell 112 days before December 14th, the date of the next total solar eclipse:

The dispatcher is named Donna Reneau

This story about a failure of the Fort Smith Police Department falls exactly 104 weeks, 5 days after the 2017 Great American eclipse: